From the moment his father first took him to Goodwood there was only one thing Tiff wanted to be – a racing driver.

As soon as he first experienced the sounds and smells of the brightly coloured machines with their drivers wrestling them through the corners, that was it.
Throughout his childhood he would cling to fences watching the likes of Mike Hawthorn, Stirling Moss, Jim Clark, Jackie Stewart and James Hunt roaring past inspiring him to follow in their tracks.Unfortunately with no family money it would surely always be a dream and Tiff headed for university and a career in Civil Engineering – but he couldn’t let the dream go. Between school and university, in the summer of 1969, he borrowed his Mum’s Morris 1000 and headed for the Brands Hatch racing driver’s school where he would spend all his savings moving through the different levels.By choosing a five year sandwich degree course Tiff was out working every summer, earning money which, in 1970 enabled him to enter the school’s monthly races. Four wins and fourth place in the championship was a promising start but Tiff desperately needed backing to move on from the school events.But it wasn’t a chance meeting with a millionaire that would be Tiff’s big break instead his career began in a dream story when he won his first racing car – a Formula Ford Lotus 69F in a competition run by the weekly racing magazine ‘Autosport’. From this beginning he worked his way up through the national racing scene to become a Formula Ford Champion in 1975. 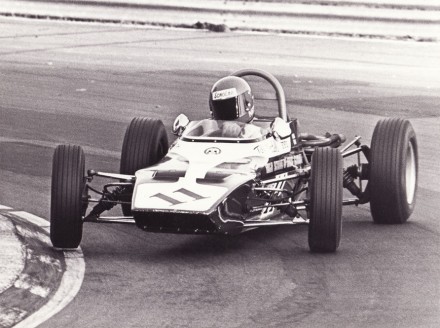 Up until now Tiff had remained a civil engineer, graduating from the City University in 1974 with an Honours Degree and then taking a full time job as a structural design engineer with George Wimpey – an engineer by day, a mechanic in the evening and a racing driver at the weekend!

The 1976 season though would be the turning point. With a fully paid for Formula Ford 2000 drive, Tiff now used his earnings to rent a Formula 3 car for the second half of the British F3 Championship and ended the year with a stunning second place at the last round. 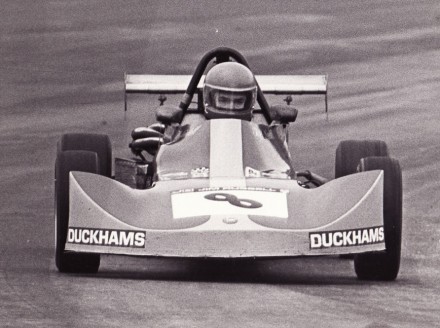 All his efforts came to fruition when he was awarded the Premier Grovewood Award – receiving his prize from newly crowned World Champion James Hunt. 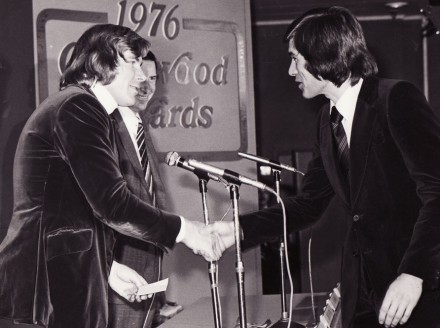 The best news of all though was an offer to quit his job as a civil engineer and turn professional with the Unipart Formula Three Team for the following season.

While the Unipart Formula Three Team was a huge leap up in Tiff’s career the British Leyland parts subsidiary obviously had to use one of their engines and the two litre Dolomite Sprint powerplant never quite matched the dominant Toyotas of that time. 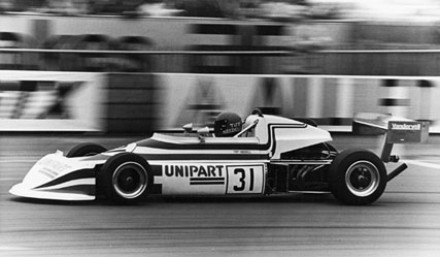 Tiff’s success in Formula Three led to him being offered a scholarship sponsored by Durex to move up to the British Formula One Championship for 1979 – and he finished second in his first ever Formula One race. 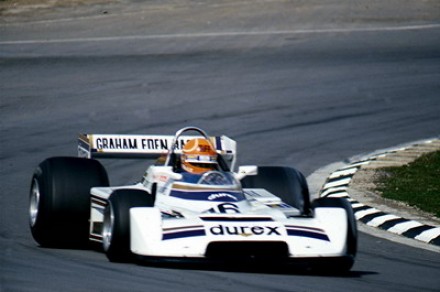 A year later Tiff achieved the ultimate status of Grand Prix Driver with a couple of outings for Team Ensign. Although only joining the team while they waited for Jan Lammers to be free from his commitment to another team, Tiff’s results in a difficult car were every bit as good as the Dutchman’s.

Despite a great deal of interest, there were no Grand Prix seats free for 1981 so Tiff switched to Endurance Sportscar Racing to further his career and soon become established in this arena of world motorsport. Contesting the World Championship in 1982 and 1989 while concentrating on the Japanese series in-between.
His best results were two thirds, a fourth, a fifth and a sixth in World Championship events while he has contested fourteen Le Mans 24 hour races with a best result of 3rd place in 1990 from his seven finishes. 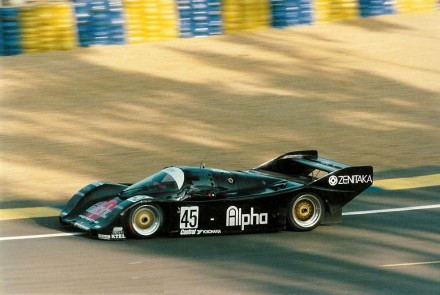 Away from sportcars there were wins in British Thundersports – racing a Chevron-DFV B26 and a CanAm March-Chevrolet 847. Victories in four out of ten races in the Saab Mobil 900 Turbo Championship in 1987 and four out of ten again, driving a Porsche 944 Turbo in the 1988 British Porsche Championship. One-off victories came in the British Touring Car Championship in 1987 and ’89 and there was another win in the one make Rover 216 GTi series in 1991.

As a ‘journeyman’ driver Tiff raced all over the world with single seater outings not only in Europe, but also in Japan, Malaysia, Macau and India where he won the 1985 Bangalore Grand Prix. There have been sportscar events in the USA, including six starts in the Daytona 24 hours and drives in the British Rallycross Grand Prix in both Metro 6R4 and Ford Escort Cosworth.

In 1992 Tiff won his first ever rally in a one-off outing in the Ford RS2000 Rally Sport Series and then finished 30th in his second event – the very much tougher Rally of Great Britain – driving a Group N Sierra Cosworth in this World Championship event. Further rally outings were in a Mini-Cooper in the ’93 Charrington’s Historic Event, the Scottish Rally in a Formula Two Vauxhall Astra and then the Rally of Great Britain again in 1996 in a works Skoda.

With the collapse of the World Sportscar Championship at the end of 1992, Tiff turned to the increasingly high profile scene of the British Touring Car Championship and landed a place with the works Nissan Team driving their Primera eGTs in ’93 and ’94 but the cars were not competitive and the team left Tiff without a drive when they withdrew from the British scene at the start of ’95.

For 1995 Tiff returned to endurance racing, which was now centred on GT cars, and drove first for PC Automotive in their Jaguar XJ220 and then for the works Lister Team which, in’96 and ‘97 was sponsored by the Newcastle United Football Club. Tiff ended his time at Lister with a hat-trick of victories in the British Championship!. 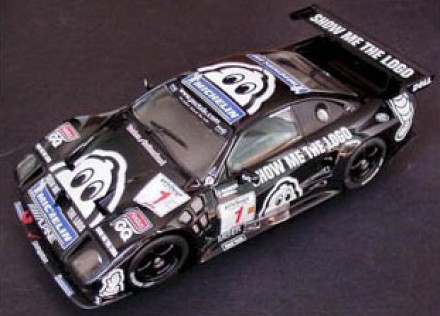 Other outings have been in TVR Tuscans, Formula Vee, Lotus Exige, and a variety of historic machinery – most noticeably a 1957 Lister Jaguar in which Tiff has been one of the stars of the Goodwood Revival meetings –while he was back in Europe driving an Aston Martin DBRS9 in the 2006 FIA GT3 European Championship. 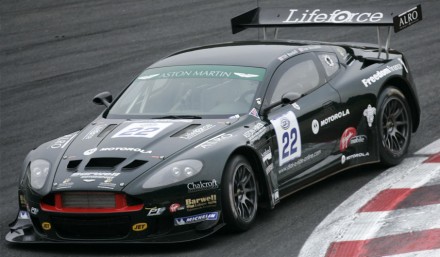 Oh yes, and he was the man who helped Nigel Mansell into the wall at Donington Park in 1993 …